I received this story of a courageous woman’s journey of grief due to child loss. She very much wanted to share her experience with others, including her blog as a resource. Truly an example of finding meaning in the tragedy that was the loss of her daughter.

The following was posted at the request of and with the permission of the author.

March 11, 2018 was a day that changed my life forever.  It was the day that I had to give birth to my daughter, Jasmine Grace, who was stillborn.  It had been a stressful pregnancy from the beginning.  She was diagnosed at our 13 week ultrasound with CDH (congenital diaphragmatic hernia).  This meant that she had a hole in her diaphragm that allowed some of her organs to move up into the chest cavity and compress her lungs.  This was serious, but we found a specialist who had great success treating CDH patients.  We met with him and were feeling better about our prospects.  Right before we left, he urged us to get an amnio done because there were some abnormal findings on the fetal MRI.  I had this done and that is when we had the other devastating blow.  Jasmine had mosaic trisomy 15, which is extremely rare.  So rare, that the doctors had no idea how it might affect her.  After this, the specialist was still willing to treat, but was not as hopeful about our prospects.

One morning, I realized I felt drastically decreased movement from her.  I had an appointment with my MFM that day.  When we went in, we were told she had developed hydrops.  Our options were basically to choose to deliver her right then and spend a few minutes with her or have an increased chance of her being stillborn.  I frantically called the specialist who told us that he could not help us.  I then searched for anyone else who could help us.  We made an appointment to go to Houston, but they told us I should go in for a movement check and to make sure it was okay to travel.  My son’s birthday party was that morning.  Afterwards, we went to the hospital for the movement check.  My heart was racing and, according to my Fitbit, my heart rate was super high even though I was just standing there.  I knew at that moment the news would not be good.  I knew before we went back for the ultrasound and I knew right away there was no heartbeat.  We lost our Jasmine at 32 weeks and then I had to do the hardest thing ever.  I had to deliver her knowing what the outcome would be.

The period after this was a whirlwind of emotions.  I was sad and I was angry that I lost my daughter.  I knew I did everything I could for her, yet still felt like I had not done enough.  I was lucky to have very supportive family and friends.

We knew we wanted to try for another baby.  Nothing would ever replace Jasmine, but we had a hole in our hearts.  We went through fertility treatment and were lucky that it worked and I was pregnant with our second daughter.  I was full of anxiety during this pregnancy.  At every appointment I was afraid we would receive bad news.  I would feel better for a few days after each ultrasound and then worry more.  I went to counseling during this pregnancy and found it helpful.  It was nice to be able to voice my concerns to someone who was not a family member or friend.  Fortunately, this pregnancy went smoothly and our second daughter was born in 2019.

After my loss experience, I knew I needed to do something to help other women going through a loss.  It can be one of the loneliest experiences of your life, even when you are surrounded by supportive people.  I joined a Pregnancy After Loss Group and became a writer for their blog.  I wrote weekly about my pregnancy after my loss and it was therapeutic for me.  I liked knowing that it helped other people going through a similar situation.

Recently, I knew I wanted to do more.  Pregnancy loss is still a topic that is not often talked about.  I have read that 1 in 4 women will experience a loss.  I wanted to bring awareness to the loss and give women an outlet to share their stories.  I have a rainbow skirt that I used during my maternity and newborn pictures with my second daughter, our rainbow baby.  I started Project Finding Your Rainbow and have been sending this skirt out to other loss moms to use in their pictures (maternity, newborn, family, etc) and sharing their pictures and stories on my blog.  The stories are about their loss and how they have found their rainbow after a loss.  This can be through having another child, choosing not to have more children, choosing to adopt or foster, starting a non-profit, or anything else that has helped them find their rainbow again.

The feedback I have gotten from these women is so special to me.  They are happy to be sharing the story of their child with the world.  My hope is that we can normalize talking about pregnancy and infant loss, so it is not such a taboo subject. 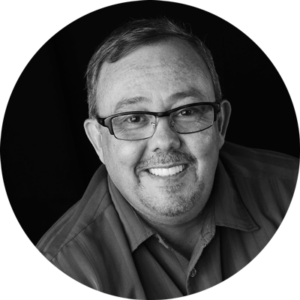 On his blog, he shares insights and resources to provide healing support. Check back often for new content, or request an appointment here.